
Graduate programs at the Nell Hodgson Woodruff School of Nursing are ranked among the best in the nation, according to analysis and surveys released today by U.S. News and World Report. The Master of Science in Nursing (MSN) program rose to No. 2 in the nation while the Doctor of Nursing Practice (DNP) program ranked No. 8.
 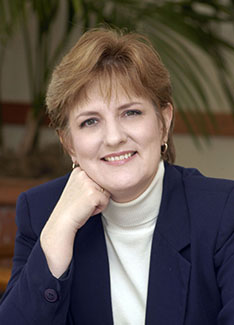 Dr. Vena is an Associate Professor, clinical track, and her primary research interest is in the bidirectional interaction between sleep and cancer disease/treatment processes and their influence on patient outcomes. She is currently the primary investigator on an National Cancer Institute (NCI) funded exploratory study evaluating sleep-related disturbances in breathing and nocturnal hypoxia in patients with non-small cell lung cancer (NSCLC). The interdisciplinary project includes scientists from the Emory Sleep Center, the School of Nursing, the Department of Pulmonary and Critical Care Medicine, and the Winship Cancer Institute. The study is evaluating the role that altered lung function may play in disturbing sleep of patients with lung cancer. The control of respiration changes during the sleep state. These changes, superimposed on altered lung function, place patients with NSCLC at risk for sleep disordered breathing and associated nocturnal hypoxia. The consequences of sleep disordered breathing and hypoxia are significant. Both cause fragmented sleep and resulting daytime sleepiness, fatigue, cognitive impairments, and neurobehavioral dysfunction. In addition, hypoxia is associated with increased levels of circulating vascular endothelial growth factor (VEGF), a polypeptide that stimulates angiogenesis and has been associated with poor survival in NSCLC. This study will provide vital information for understanding the dynamics of respiration during sleep and lay the foundation for testing interventions to stabilize breathing at night thus improving both sleep and patient outcomes.